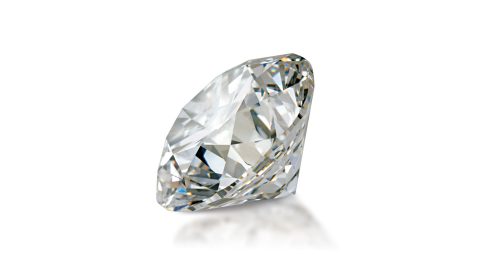 Almost any diamond, at one time or another in its lifetime, passes through the Antwerp diamond quarter. In the nineteenth century it were jewish people who traded in diamonds. They used to travel by train from Antwerp to Amsterdam and back. So it is only natural that you can find the diamond quarter right next to Central Station.

Part of the diamond quarter is sealed off for traffic, but as a pedestrian you can freely walk there. Take notice: Big Brother is watching you while walking in the district. The number of cctv camera’s in the area is really extraordinarily high.

Jeweller’s shops are open to the public of course, but the diamond markets are only accessible to professionals or as part of a guided tour. Practically all of the buildings in Hoveniersstraat, Rijfstraat and so on date from the period after WW II. All of them aim at efficiency and security.

The only artistically interesting building you will see in the area is the sephardic synagogue. The synagogue, locals call it the Portuguese synagogue, was built in 1913, destroyed in WW II, rebuilt, fell victim to a terroristic attack in the early eighties and was rebuilt again.

The name Portuguese synagogue derives from the fact that the Sephardic Jews originatied in Spain and Portugal. The ‘Catholic’ kings of Spain drove them out and eventually they landed in Antwerp. When Antwerp fell under the reign of the very catholic Filip II again, many of them fled to Amsterdam.

The synagogue is a nice example of neo-romanesque architecture. It might stand a little forlorn between all this modern architectural brutality, but that only adds to its charm.